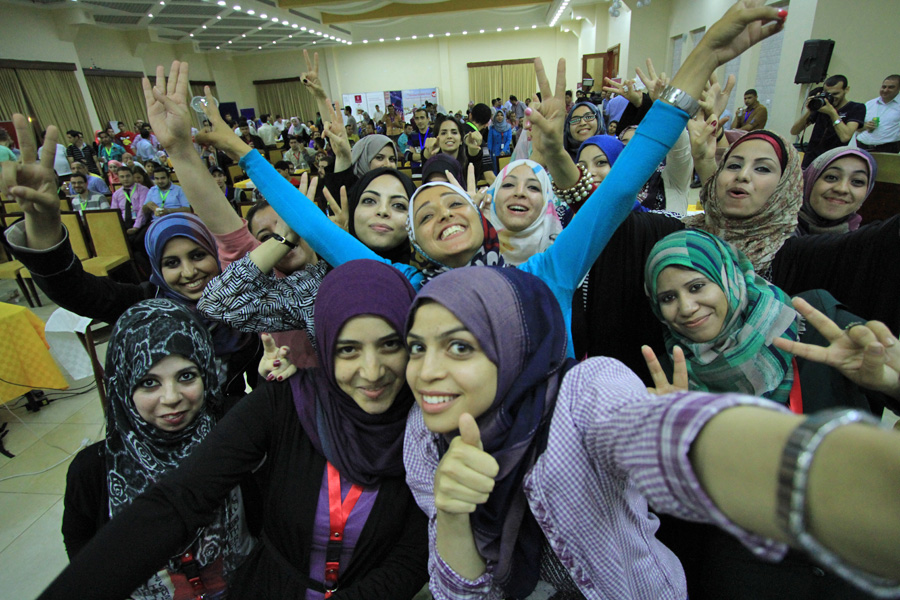 Gaza Sky Geeks is the most female inclusive startup incubator in the world, with 50% participation. Source: Gaza Sky Geeks

GSG began to change this in 2011, with the launch of their co-working space and technology education hub. In 2014, GSG began selecting and working directly with startup founders on building their businesses. The first outside investment for an incubated startup was secured in 2014.

The Gaza Strip is a small, Palestinian territory on the east coast of the Mediterranean sea, bordering Egypt and Israel. It's one of the most densely populated areas in the world. The movement of people and goods is severely restricted, since Israel and Egypt's almost total blockade of the Strip since 2007.

A war-zone is a difficult place to grow a startup, with fuel restrictions resulting in electricity black-outs and lack of access to goods and capital outside of Gaza. 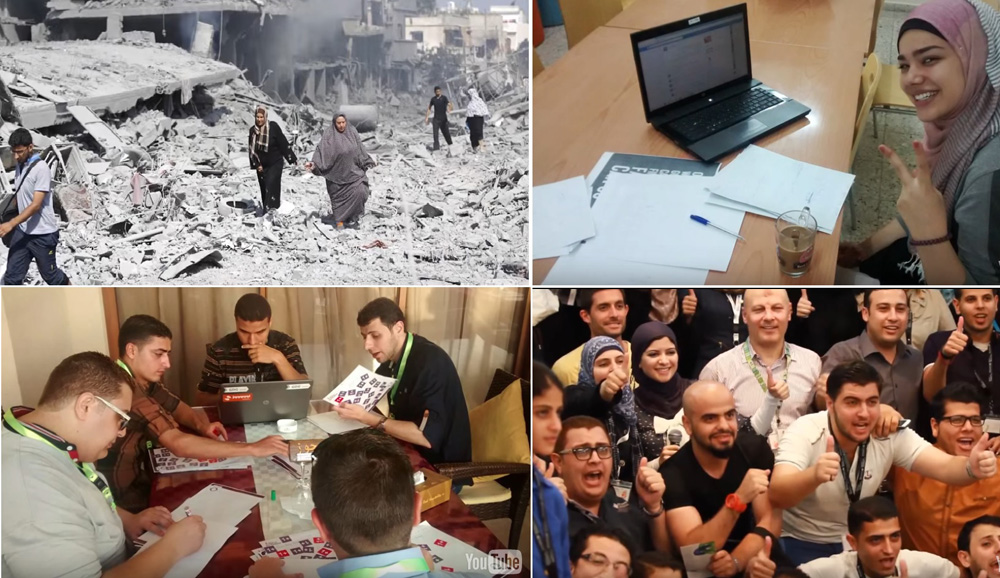 GSG has a clear social mission to help Gazans with their startups and provide a stable working environment and education hub.

GSG is currently dependent on funding, raising 267K on Indiegogo in 2014. Investors in incubated startups will split equity with GSG, such that on a successful future exit, GSG will be albe to continue to cover the costs of operational funding, utilities, rent and staff.

Starting up at Gaza Sky Geeks

GSG inhabitants can't travel, but they are well educated and have access to the Internet, computers and smart phones, and want to be part of the startup movement. But it's not always easy running a startup in one of the world's toughest places, where rockets, air-strikes and power restrictions can really break up your day.

Most of the startups, apps and websites in Gaza Sky Geeks address a market across the Arabic speaking region. This is essential to achieve scale, and to garner the interest of investors. 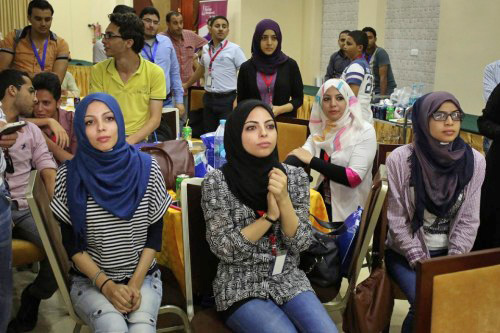 "To be hosted in the offices at the incubator, companies need to have a real business idea and a plan", said Ryan Sturgill, the director.

Nick Jerrat: I recently had the opportunity to meet over skype with the CEO of one of GSG's newest startups - Omar Badawi, CEO of KeefLabs. KeefLabs is an Arab's world answer to instructable.com, providing a platform for DIY user generated, arabic content. As a mentor in web design, we had an insightful discussion around how to optimise a website for the Arabic language, with learnings on both sides of the virtual table.

KeefLabs is a great example of a GSG startup, providing content targeted at multiple countries, without the need for physical resources or the distribution in/out of Gaza. With new challenges come new opportunities and access to new market segments, with the middle-east made up of millions of inhabitants, searching using Arabic keywords.

How you can help

Check out Gaza Sky Geeks, and their mentoring program. You may just have the skills they need to lend a helping hand.

GSG also brings mentors from around the world to Gaza for short periods, to work along side the startup teams, and also for a rare glimpse of what life is like in Gaza.

This article originally appeared on: www.kindup.net